A Driver of Change and Modernisation 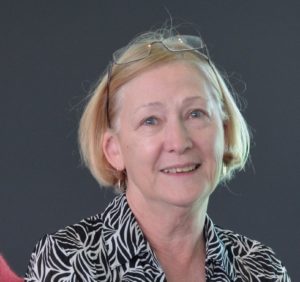 In 2019, in Adelaide, Pauline was presented with a special 25 Year Service Award.

Over nearly 30 years of Pauline’s activism in masters swimming, her contribution has had long term positive impacts on the sport in Australia and internationally, as well as underpinning the objectives of masters swimming.

In all areas of Pauline’s work, there is a consistent pattern of “above and beyond”.  Pauline has never settled for the status quo and in every role she has performed for MSA and MST she has consciously and deliberately expanded the scope of initial requirements to enhance the functionality in her areas of responsibility.

MSA is a voluntary organisation which encourages participation at club, state, national and international levels.

Since 1989, when Pauline first joined the Australian Union of Senior Swimmers International (AUSSI), the predecessor of MSA, her contribution has covered all aspects of masters swimming in Australia, competitive, administrative and technical.

In her professional life Pauline was a high-school teacher, a teacher in distance education of often disengaged students, and a designer of on-line distance learning courses and resources.

Pauline became her club’s competition results recorder in October 1989 and because of her rapidly developing expertise and meticulous attention to detail, became the Tasmanian recorder in 1992, and became a member of the national recording committee in 2003.

Tasmania has a small number of clubs and therefore members, so Pauline soon found herself on deck as a technical official and often Meet Director of state and national events.

In December 2005 Pauline accepted the position of National Recorder, a position she has held continuously since then.

Pauline has been involved in the evolution of the national results and records portal and has been the driving force for the smooth implementation of international strategies and systems into MSA.

The National and State results and records portal is at the forefront of such on-line, searchable databases, which uniquely provides access to historic records, timing splits and the international FINA points system which enables the comparison of relative competitive standards across age groups and events.

Pauline’s efforts are evident in the recognition of the results portal as a best practice benchmark for the capture and presentation of the swimming results of  Masters Swimming Australia swimmers, in whichever swimming program they participate.

With Pauline’s involvement, masters swimming in Australia has evolved into an organisation that has a recorded history of achievement and a platform for the future. Over the years she has devotedly chased up results, records and corrections in our Results Portal, so that the information for our swimming community is as accurate as possible.

Historically there were many records that were never accredited to swimmers and this information has been sent to the World Recorder and several records have been added, dates upgraded and names for relay teams included. This information has come from swim meet flyers, event programs and results.

The World Recorder, in the USA, has used our records and results portal to gather information and update his records.

Over recent years Pauline has driven the digitisation of organisational records undertaking the major task for both National and Tasmanian administrative and historical records.

Pauline has a long knowledge of the history and journey of the association through the years and is very well placed to assist in getting its archival material in good shape in the Results Portal.

All of this work has been undertaken while Pauline continues to receive all the current MSA national and world record applications, manage the Vorgee Endurance 1000 portal and results and assist club recorders and swimmers around Australia with their tasks and queries.

Pauline brings her comprehensive range of skills and knowledge to the management and presentation of swimming championship events.

In 2014 Pauline instigated the modernisation of the MSA competition entry system seeking out and then pioneering the use of a comprehensive, USA based entry management system which would integrate with competition software used in Australia. This entry system was used to conduct the National Championships in Hobart in 2015. The introduction of this system has also enabled masters swimming in Tasmania to modernise its financial systems by the introduction of merchant banking facilities, use of online banking features and credit and debit card facilities.

Pauline brings her expertise to all aspects of competition, from program design, entry system management, marshalling of competitors, sometimes refereeing the event itself, recording and publishing the results and finally managing the national and state record approvals and World Record applications.

Pauline retired as the Tasmanian Delegate to MSA in April 2016 but still retains all her other roles.

At the club level

Pauline is ever present and active at the club level, coordinating club members’ participation in state and national events and regularly dedicating hours to timing endurance swims.  Pauline guided her club to winning the Vorgee Endurance 1000 National Championship Club for seven consecutive years between 2006 to 2012 and again in 2014.  She also led her club to winning the National Vorgee Endurance 1000 Award over five consecutive years between 2007 and 2013, in 2015 and again in 2018.

Pauline held the position of President of Masters Swimming Tasmania in 2017-2018 and continues her work as the National and Tasmanian Recorder.